COVID-19 numbers are rising in Cranbrook, as the BC Centre for Disease Control has revealed that 23 cases were identified in the city between April 4-10. the largest local case court since the agency began releasing weekly local data.

Across the region, numbers are rising in neighbouring areas as Kimberley shows 13 cases, Creston shows 12 and Fernie shows eight. In the Windermere Local Health Area, numbers continue to spike, with 34 cases, doubling the previous week’s case count of 24.

“Kimberley increased by 13 cases from a prior total of 22, a nearly 60 per cent increase in cases in a single week (April 4th to 10th),” said Dr. James Heilman, a emergency department physician at the East Kootenay Regional Hospital. “What I can say is exponential growth has a habit of sneaking up on a person. We are in a precarious situation and things could easily spiral out of control within our communities.

“While we have over the last year, done relatively well, there is no guarantee that this will continue. We need to redouble our efforts, we need to avoid sharing unfiltered air with others.” 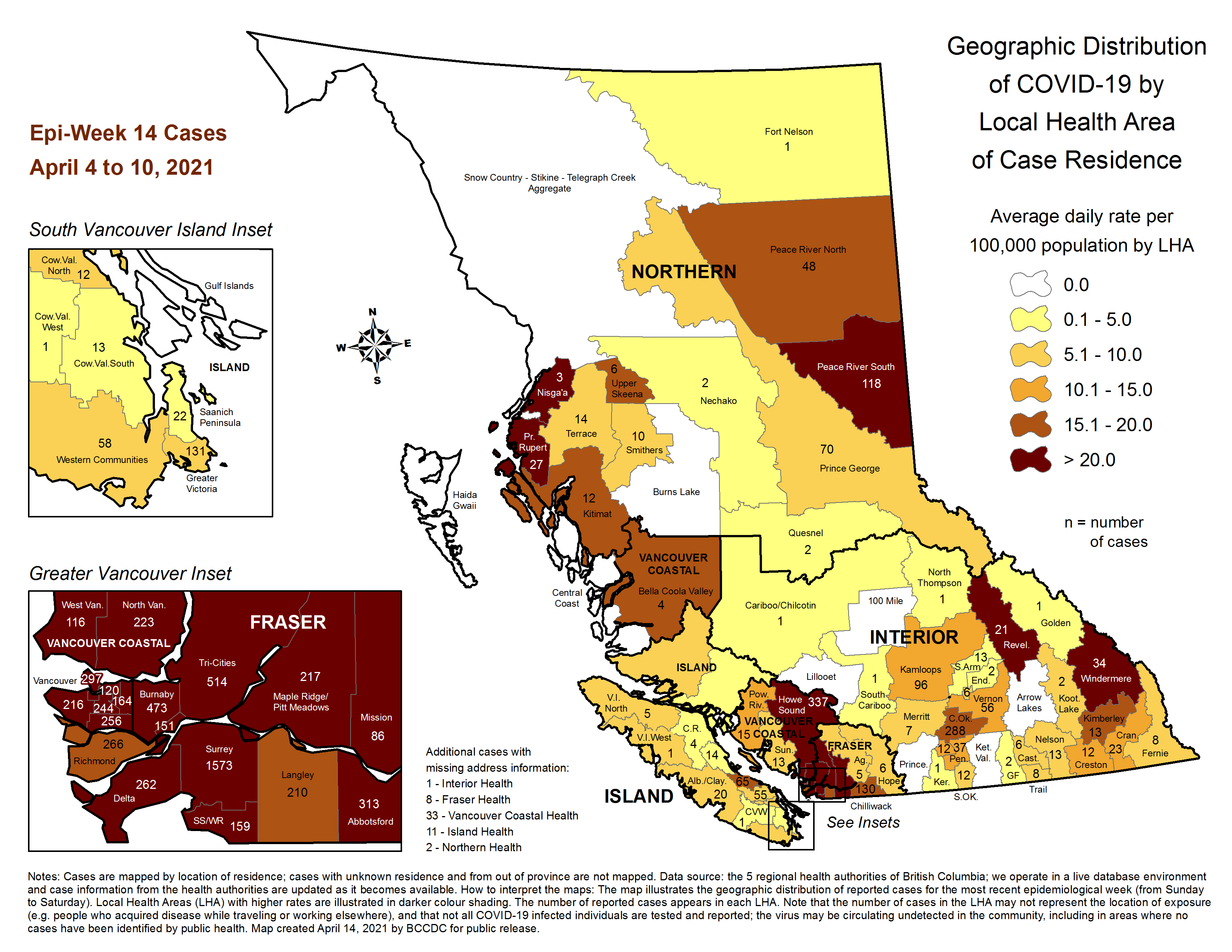 Earlier in the month, the BC CDC’s regional map showed 83 cases in the East Kootenays between April 2-8.

Interior Health is reporting a potential COVID-19 exposure at Kootenay Christian Academy on April 6th, while Mount Baker Secondary School also disclosed a potential exposure between April 8-9 through a letter addressed to staff and parents.